Think you’re ready for a promotion, but hesitant to bring it up with your boss? Here are six tips and strategies to help you initiate the all-important conversation, plan out next steps, communicate key messages and ultimately increase your odds of success.

Make Sure the Timing Is Right 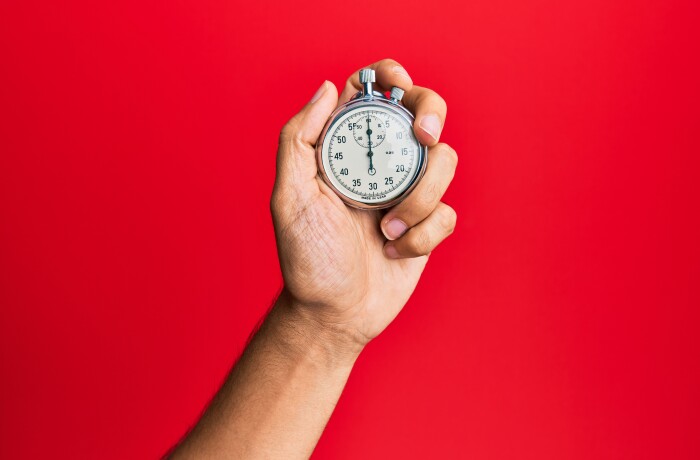 “In comedy, timing is everything,” the saying goes, and while there's nothing especially funny about promotions, the same is essentially true of them.

For example, it isn't a good idea to start lobbying for advancement if your company has just, say, experienced some kind of business loss or financial setback. That just isn’t the recipe for success.

Instead, your best bet is the obvious one: Wait until the next notable win involving you or your team. Then, while there’s still a palpable sense of excitement in the air, raise your hand. There's no better moment for you to initiate the all-important conversation with your boss.

Schedule a Meeting With Your Boss 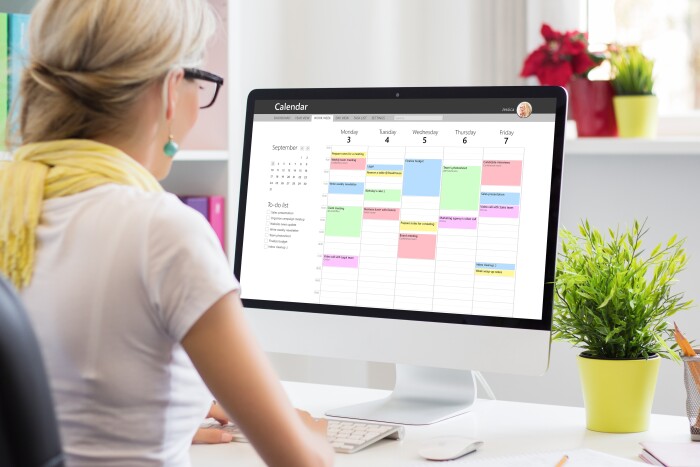 Convinced the timing is right—and that you’re equipped to start acting as your own professional advocate? In that case, it’s time to craft that email.

Just one small piece of advice here: Don’t be cryptic about what you hope to get out of the meeting. Instead, use a subject line that’s fairly direct and to the point:
“Career development and next steps,” for example, should be fine.

Next, compose something based on the following template:

After our recent success with [Accomplishment #1] and [Accomplishment #2], I’ve been thinking a lot about my own career path and how I might be able to bring more value to the business by taking on new responsibilities. Do you have 30 minutes to chat about this later on in the week? Let me know. Thanks!

Customize the above to your liking and hit “Send,” bearing in mind, too, that meeting regularly with direct reports to discuss career development is in your boss’s job description. So this piece of the process shouldn’t be remotely stressful for either party. 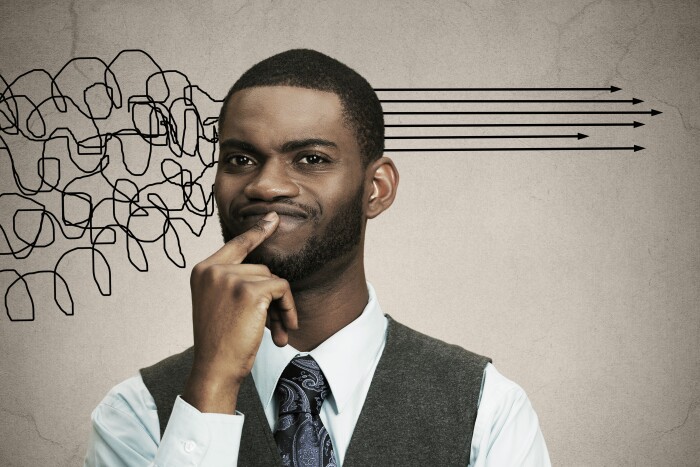 Developing the right storyline—one which demonstrates in no uncertain terms why you deserve this promotion right now—is probably the most difficult part of advocating for your own promotion. More than anything else, what’s more, it’s also going to be the single-biggest factor in determining your ultimate success.

Start by writing down everything that seems pertinent: highlights, major and minor successes, process improvements, examples of initiative or leadership, anything that seems to you like a win. While you can always refine later on, it’s a good idea from the outset to try to quantify these achievements, and to write them in a succinct, bullet-pointed format as well. Consider a statement like the following, for example:

That’s all well and good, to be sure, but might it be a bit stronger written like this?

Once you’ve distilled your achievements into a sort of high-impact mini-resume, which you can (and should) print out to share during your conversation with your boss, you should feel ready to go.

One final tip here: Think of what you’re pulling together as an objective, unemotional business case, rather than, say, a referendum about you as a person, because that isn’t what this is about. 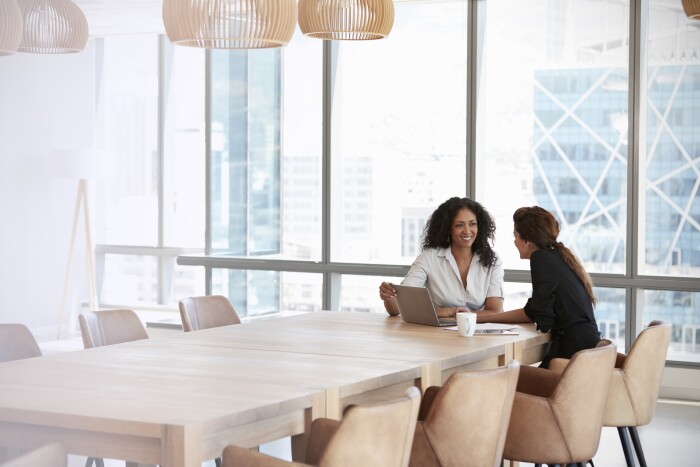 Sure, there might be things about your current role that you don’t love: the monthly reporting requirements, say, or the amount of time you tend to spend bogged down in spreadsheets. Whatever the case may be, don’t include these things in your storyline. The key message needs to be that this transition is an overall win-win: that what’s good for you in this respect is fundamentally also good for the organization at large.

That’s why it’s important for you to keep the focus on all of the positive things you’ve done—your accomplishments, ways in which you’ve gone beyond the call of duty, processes you’ve improved—and how they connect to the new role. But don’t frame the responsibilities you’re less fond of right now as part of the incentive for you to move on to that role.

Plan for an Ongoing Conversation 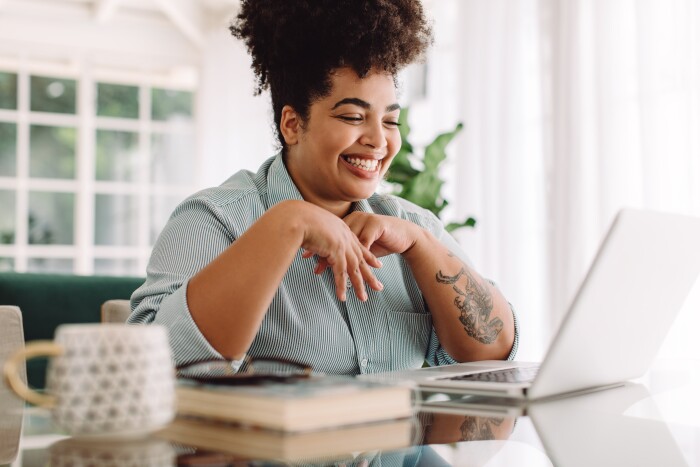 Much as Rome wasn't built in a single day, you’re unlikely to leapfrog the org chart overnight. So don't be surprised, much less disappointed, if at the end of your initial conversation with your boss, essentially nothing has truly been set in stone.
Frankly, that's to be expected.

After all, key business decisions, especially where personnel are involved, tend to require input from multiple stakeholders; there are consultations to be had with the HR team, budgets to consider and so on. At this stage, what actually matters is the fact that you've effectively presented your case, and that your next career move is on your boss's radar for good. These things in themselves should be treated as wins.

That said, if you don't get a definitive "yay" or "nay" to your proposal, the one thing you might push back on is the overall timeline for resolution. Before the meeting wraps, then, it’s a good idea to ask your boss to give you a sense of when the answer will come. In the event you don't hear back at that point in time, you should definitely follow up.

There's more than one way to get from Point A (where you are in your career right now) and Point B (the title you'd like to claim tomorrow), and you might be surprised to learn that the fastest path between the two isn’t always a linear journey. In fact, internal research at Johnson & Johnson has shown that strategic lateral moves—for example, moving to a similar role, albeit as part of a different line of business or on a new team—is often a key factor in determining overall "promotion velocity,” or how quickly employees advance in their careers.

So keep that in mind, too. By the same token, of course, if you're dead-set on getting to the next rung on your department's ladder—and believe you've identified the perfect role—there's no reason not to aim for a vertical leap.

Ready to take on new challenges and be challenged to grow while making a positive real-world impact? At Johnson & Johnson, continuous professional development and opportunities for advancement are simply part of our culture. It’s what you’ll get, and equally what you should expect, when you decide to bring your unique talents to our team.

If you’re ready, then, be sure to check out all of the open positions at Johnson & Johnson today! And while you’re at it, why not join our global talent community, too? Doing so is an easy way to stay in touch, it’ll help you learn more about life and culture at Johnson & Johnson—and you can even sign up to get updates about jobs that might interest you in the future.