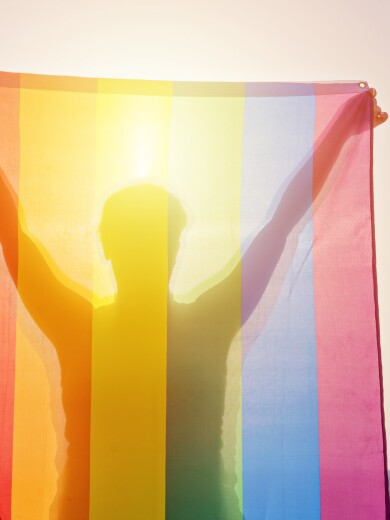 After 16 years with Johnson & Johnson, Yasmin Barnes-Valdes spent the next 16 away—an odyssey that took her to leading companies in the health and tech spaces—before rejoining our team last spring. What's changed at Johnson & Johnson since then, and what hasn't? Here's why Yasmin says, "This place feels like home."

Flashback: It's 1989 and Yasmin has just joined Johnson & Johnson. Her title? "Receptionist." And that was fine with her, she said—because a lot of her attention was directed elsewhere. "I wanted to be a music teacher at the time," Yasmin explained, "and was in school when I first started working at Johnson & Johnson in order to become one. I really thought I would be a music teacher."

Slowly, though, her passion and sense of purpose began to change.

"What I mostly remember is how much Our Credo stood out to me," Yasmin recalled. "Here, I was surrounded by these fantastic people. I think I just felt really, really lucky to be here."

Encouraged by her mentors, Yasmin switched her academic track, eventually majoring in business. Soon, she was promoted to a Supply Chain role at Johnson & Johnson, with new opportunities on the horizon as well. 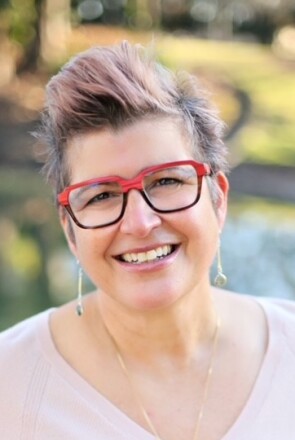 "I had just finished working on a packaging and branding initiative when I was transferred to the Netherlands to implement an ERP system in our European HQ," she recounted. It was an exciting move for Yasmin both professionally and personally, as it brought about a least one unexpected personnel change. "I met this really nice gal while I was working in the Netherlands," she said. "And, well, we got married! And I became a dual citizen too!”

Meanwhile, Yasmin continued building an impressive business CV. She earned her MBA, followed by "my green belt, my black belt—all of the belts," Yasmin said, smiling in reference to credentials she received in the business improvement methodology Six Sigma.

"Through all of that, I became really engaged with the company. In a sense, I truly ‘grew up’ during those years with Johnson & Johnson." She was eager to take her career in new directions, too. And that led her to sit down for with her manager for what she thought would be a hard conversation.

"I was considering taking an opportunity outside of the company, and while my manager obviously didn't want me to leave, there was also a lot of support for my decision. They wanted what was best for me, so I was encouraged to go out there, to gain more experience and to come back to Johnson & Johnson even stronger. It was the right decision."

Re-united (and It Feels So Good)

Today, sixteen years later—and following a run of successful stints with leading health and tech companies—Yasmin has done exactly that. In eyes of the veteran-turned-newcomer, how has Johnson & Johnson changed in the interim?

A lot of ways, according to Yasmin. All of them positive. She spoke about that candidly.

"For one thing, I was closeted during my early tenure here in the 80s," she said. "Honestly, it was different then, I mean, you were expected to wear a blue pin-striped suit to the office every day—I'm not even kidding!"

She continued: "But now it's a totally different story. It’s very refreshing to see how open everyone at Johnson & Johnson is. Things have changed in major ways. Diversity, equity and inclusion, work/life balance—these aren't just things we're talking about. People are taking action on them. We're 'walking the walk,' in every sense, in everything we do."

A good example of that came with one of Yasmin's first assignments after rejoining the company.

"I led the team in our annual Credo survey review, which is an opportunity for team members to reflect on how well they think the company is living up to the commitments laid out in Our Credo," she explained. "When perceived negatives were mentioned, our manager came right out and said, ‘Clearly that’s something we have to fix, so what can we do? We have to take action on this right now.'" And they did.

Plus, for Yasmin rejoining the company meant reuniting with her beloved colleagues in Open&Out, our employee resource group for members of the LGBTQIA+ community. "That felt like a homecoming," she recalled. "At this point, I have a far stronger affinity for my Open&Out group than I do for, say, my old high school classmates' group on Facebook, which should tell you something."

And finally, Yasmin's return felt auspicious in another sense, as well. "I believe in fate and in destiny," Yamin said, "in being in the right place at the right time." Doubling the numerological significance of "16"—the number of years during which Yasmin was, and then was not, employed by Johnson & Johnson—is the coincidence of Yasmin's birthday. A Pisces, Yasmin was born on March 16.

She grinned about that one. "You know, now that I’m sort of approaching the tail-end of my career, it feels like the circle of life, the whole hakuna matata thing. I started my career here and I plan to end it here. This place feels like home."

Johnson & Johnson has evolved so much to be what it is today, and I feel honored and lucky to be here. It’s a wonderful company. You don’t have to hide here. You can be true to yourself.

Ready to join a company where you’ll be welcomed as your authentic self and have a chance to positively impact the future of health? As Yasmin's unique path illustrates, you'll find unlimited career paths—along with ongoing opportunities for growth, learning and development—when you pursue a career with Johnson & Johnson.

Join our Global Talent Hub to get updates about jobs that might interest you in the future, or check out all of the different ways you can join our inclusive team today!