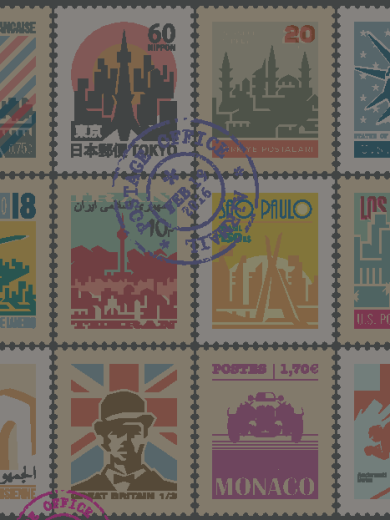 Alex Javidi, Ph.D., is driving bold innovation in healthcare today: therapies that treat rare diseases, statistical models that accurately predict how diseases progress—plus, a whole lot more. Follow in his footsteps to find out how you, too, can use data science to positively impact the future of health.

Born and raised in Iran, data scientist Alex says that his ambition was apparent from an early age. "Though both of my parents had only high school educations, they always encouraged me to aim high because they believed it was worth trying," he recalled.

With the support of his parents, Alex eventually made a bold leap, coming to America in his mid 20s to pursue a doctorate in computational biology from the University of Cincinnati.

"I was always impressed by computations and data," Alex said. "Data is fascinating!"

Eager to put that fascination to work and solve real-world health challenges, Alex joined the Janssen Pharmaceutical Companies of Johnson & Johnson as a postdoctoral fellow two years ago.

"I want to build impactful things," he said, "and I feel like that's what I'm doing here. I'm working with multiple partners across multiple therapeutic areas, and the question for all of us is, 'How do we use real-world data to optimize and improve the outcomes of clinical trials?' It's a question that we're answering through our large-scale collaborative efforts across the globe right now." 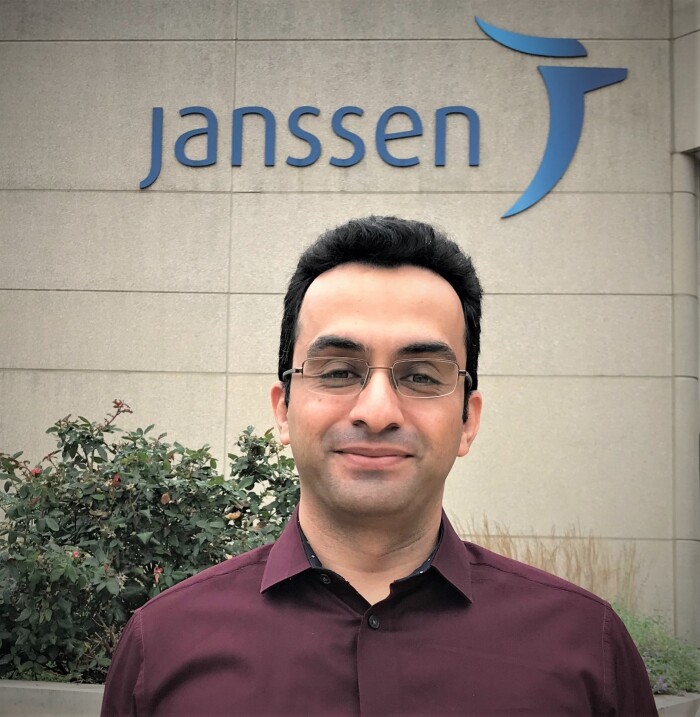 At the moment, a lot of Alex's work centers on predicting disease progression—that is, predicting how diseases grow or spread in the body over time. As Alex explained, "I'm using electronic health records to come up with predictive models. By modeling a disease on a large population, we can understand it better, and that in turn leads to more effective therapies for patients."

If that sounds slightly complex, the ultimate goal in Alex's mind could not be simpler: "Develop the highest-quality therapies and deliver them to patients faster, because those patients are waiting."

It's a goal that resonates with him personally, too.

"My father suffers from a neurodegenerative disease. His disease started early, and at the time there was no mathematical model to predict his disease. It hit our family hard—we weren't prepared."

Zeroing in on Rare Diseases

We're actively building data science into our decision-making processes, harnessing its power to unlock human potential and change the future of health for good. Alex's work on rare diseases is a case in point.

Echoing colleagues like Charles Bridges, he believes data science is key to unlocking our understanding of rare diseases, which by definition affect fewer than 200,000 people in the U.S. In particular, he's zeroing in on inherited retinal disease (IRD), a group of rare eye disorders caused by inherited gene mutations that can result in vision loss or even blindness.

"With rare diseases like inherited retinal disease, you have a limited patient population size," Alex explained. In the past, that invariably meant lengthier development cycles in order to arrive at an effective therapy. But Alex and his team are working to change that.

"We aim to deliver more effective therapies for retinal disease in general," he said. "This is really important to me, because I think retinal disease is going to be one of our top health challenges of the 21st century."

Why Being "Bilingual" Is Key

Growing up in Iran before moving to the U.S., Alex is bilingual in the conventional sense. But he's come to appreciate a second sense of that term since joining our team.

It was his experience working with medical experts that really drove the point home for him.

"I was working directly with a lot of stakeholders from our cardiovascular and metabolic therapeutic areas, which meant having a lot of face-to-face interactions with world-class medical experts," Alex recalled.

The challenge, though, was that while those stakeholders were certainly interested in, say, exploring big data, they were not necessarily trained at running it.

In Alex's words, it was an issue of "understanding the language of your business partner."

In a sense, you need to be 'bilingual' and have very precise
knowledge of the disease. You can’t just focus on the algorithm.

Today, Alex says he's eager to put everything he's learned so far into practice in bold new ways. "It’s an exciting time. The future of healthcare is becoming more and more digital each day. We're just getting started."

Come Build the Future of Health With Us!

No matter where you are in your career or in the world, you'll find opportunities to grow, expand your skill set and positively impact the lives of people everywhere when you join our team. See how you can join the team of data scientists at Janssen R&D—or check out all of the openings in data science at Johnson & Johnson today.

Plus, if you have a minute, you should sign up to join our Global Talent Hub. It's an easy way to stay in touch, learn more about our community of data scientists and get updates about jobs that might interest you in the future.