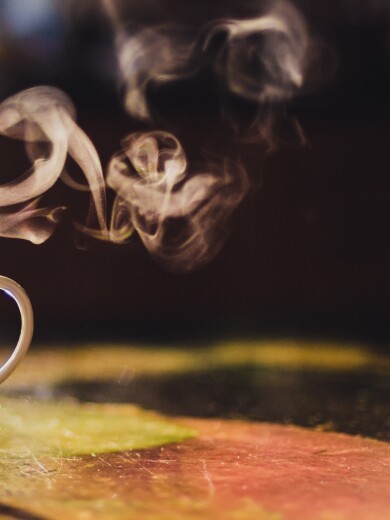 You might have heard of "burnout," a condition characterized by excessive stress, exhaustion and an inability to cope, but Ilse Neyrinck has lived it. Here's how the Regulatory Affairs leader survived, found the support she needed—and came back even stronger.

Ilse Neyrinck recalls the onset of burnout vividly: "I was strong, I was independent and I had a good job. I had an interesting life and a lot to lose. And I started losing it."

But that's just the first half of the story. The second—the story of how Ilse became whole again—is one of courage, resilience and the amazing support she received from her colleagues at Johnson & Johnson.

Looking Out of a Black Hole

How did Ilse, a Manager in Regulatory Affairs, reach the point where, as she put it, "You have only two options—give up or ask for help"? 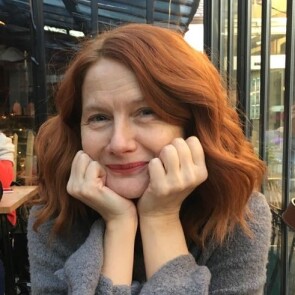 Incidentally, the crash was precipitated by another: Ilse's daughter had a bike accident resulting in a cranial fracture. And while her daughter made a full recovery, the event seemed to trigger something in Ilse.

She left town for a long weekend. She took an entire week off. Nothing seemed to help. She felt exhausted and sick.

Yet her lack of discernible physical symptoms became a source of shame, too—part of the stigma of mental illness. As her depression worsened, Ilse wondered: "Why can't I just get a real disease? Then people will see that I'm suffering. Then I will have a legitimate reason to lie down. Then I will be taken care of."

Just as Ilse was beginning to withdraw from the world, her supervisor paid her a visit at home.

The Power of Being Heard

Ilse continued: "My supervisor, when she came to my house, she didn't just ask me practical questions like 'What's happening? What's your plan now? How long do you think you will need to stay home from work?' No. She sat with me. She held my hand and she listened."

Ilse's supervisor made her a promise, too.

My supervisor said she couldn't help me at this stage of my illness, but that she would be there waiting when I came back, and that when the darkness around me cleared, spring would be here—and my medicine would be cappuccinos in the sun.

After that meeting with her supervisor, Ilse sought professional help: in-patient treatment first, then intensive therapy. She was also put on antidepressant medication to regulate serotonin in her body—a neurotransmitter thought to be linked to depression.

"Pills alone don't fix it," Ilse said. "Medication gives you a little bit of strength to see the rope-ladder that is hanging from the edge. You still have to stand up, stand on your toes and jump to reach it."

Finally, after eight months away, Isle felt ready to return to work. And her supervisor was there to greet her, just as she'd promised.

Supported at Every Step

Having been reunited with her colleagues on the regulatory team, Ilse's return, much like her path to recovery, was staged in piecemeal fashion. For the first few months, she worked part-time. And once again, hands-on support from her supervisor was indispensable.

Ilse and her teammates enjoy a lighter moment.

"My supervisor and I started meeting every morning," Ilse said. "We'd review tasks for the day, and tasks from the day before. Coming back the way I did, that level of caring and attention was so important."

Another lesson for Ilse: Transitioning back to work is a two-way street. Both parties—employer and employee—have to participate. "Some people think, 'No, I can do this by myself.' But the reality is, you can’t. You really need help from A to Z."

Be Your Authentic Self

Today, Ilse speaks openly and publicly about her bout with depression. She thinks of her audience as comprising two parties: First, someone who, like her, has been silently struggling with depression or burnout. And second, a "tough manager, someone who perhaps views burnout or depression as weakness," as she put it.

But above all else, Ilse wants to speak her truth.

I'm not some kind of superwoman or a phoenix risen from the ashes—and I don't want to pretend to be. I want to keep it real.

Ready to take on new challenges and be challenged to grow in a nurturing, supportive environment where your health and well-being are always a top priority? Check out all of the roles we're hiring for at Janssen R&D right now.

Plus, if you want to stay in touch—and get updates about jobs that might interest you as they become available—be sure to sign up for our Global Talent Hub.