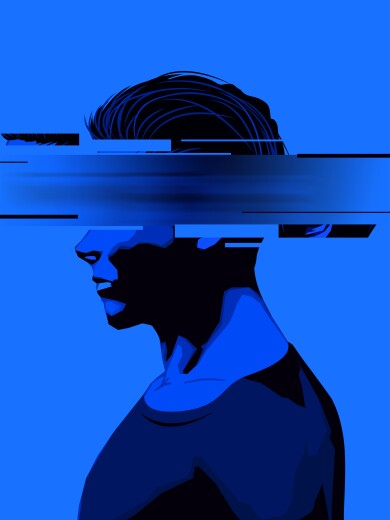 President of The American Society of Hispanic Psychiatry. Immigrant and innovator. When Ruby Castilla-Puentes says, "I've dedicated my life to elevating the conversation about mental health," she means it. Follow her path to Johnson & Johnson to find out how she's translating her lifelong passion into meaningful action today.

Once upon a time, that was a question Ruby got asked a lot, primarily by family members. Five of Ruby's older siblings are doctors. None of them are psychiatrists.

"They would always ask me, 'Why, Ruby, why are you going into this field?' And the answer is complicated, but it has to do with the fact that these patients need a lot of help, and that it's about much more than just medicine. It's about support, compassion, community, culture, knowledge—all of these things and on so many different levels."

In the medical community as in society at large, Ruby has long noted and been frustrated by the lack of transparency and dialogue around mental health issues. "It’s comparatively easy to talk about the heart or the lungs or the skin," she pointed out. "But the brain is an organ, too! It's a part of the body. So why aren't we talking about schizophrenia or bipolar disorder in the same way or with the same frequency?" 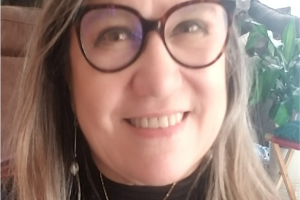 Part of the answer, according to Ruby, may have to do with the fact that there are as yet no known "biomarkers" in psychiatry—that is, measurable substances whose presence in the body could be used to indicate a mental health condition like depression.

That's actually something Ruby and others are working on right now. But in the short term, she's leading the way with some pretty remarkable research involving cutting-edge applications of AI.

"We used all of these AI tools to analyze more than one million digital conversations that touched on mental health, looking at the differences between, for example, Hispanic versus non-Hispanic conversations, among a lot of other things," Ruby recounted.

"And one of the things really that stood out to me is that Hispanics generally don’t talk about depression as a disease. We talk about it like it’s something that's a part of us, part of our lives—you know, 'I must be going through postmenopausal depression' or 'I guess this is adolescence.' Like it's a part of us. And I think a lot of that ties back to trauma. A lot of Hispanic people have been through traumatic events in their own lives, or else they've inherited stories and memories of trauma from their parents."

Whatever findings the research ultimately yields, it's an interesting new approach and one that Ruby describes as "cultural psychiatry." It has also driven home at least one takeaway for her already: "We definitely must continue to embrace new technology-driven approaches in the field of psychiatry."

Creating a New Canon, Paying Tribute to the Old

Coping with the direct and indirect costs of COVID-19 has been immensely challenging, but Ruby also warns we might still be underestimating the long-term consequences of the global pandemic—at least in one crucial respect.

"I truly believe what we’re going through right now is only the first pandemic," she explained. "The second pandemic is going to be psychological. This experience has been very traumatic for many people, and that isn't being fully acknowledged or addressed."

For her part, she's certainly staying busy. During COVID-19, notably, she completed (and recently published!) her first non-academic book: "Quijotes de la Psiquiatria," a compendium of anecdotes and stories drawing on the lives of more than 100 Hispanic psychiatrists.

"The reality is that these remarkable psychiatrists played an important role in shaping the development of my field," she said. Appropriately, then, Ruby's title, while alluding to Miguel de Cervantes's famous hidalgo, recasts his journey in an interesting new light, as well.

Ruby explained: "Looking at all of these amazing psychiatrists, I decided that they've all been a little bit like Quixotes. They were chasing these professional dreams that probably seemed crazy to the people around them at the time." Of course, what made those aspirations "crazy" was nothing more than a fantasy reinforced by society: that things like language, ethnicity and skin color were destiny. And quite unlike the exploits of the fictional Quixote, however, the chronicles of flesh-and-blood pioneers in psychiatry like George I. Sanchez, Martha Bernal and others are not widely known or celebrated. So Ruby's collection is a welcome entry.

Her book pays homage to Cervantes’ in another sense, as well: She wrote it in Spanish. (Thanks to the success of the first printing, a second edition, including an English-language translation, is forthcoming.)

"I truly never dreamed that I would write a book in my lifetime," she mused. "I've written many articles for academic publications, but never anything like this."

Born and raised in Colombia, she trained to be a psychiatrist and quickly learned firsthand the sometimes troubling realities of mental health treatment in her homeland.

"I was working in a public hospital at the time, in an acute care clinic with 30 beds—and we just didn't have the resources or infrastructure we needed," she said, "but I stayed with it. As I became more senior, I began to transform the unit, then the clinic at large, and I don't just mean physically but in terms of how we saw our patients, how we looked at them, interacted with and treated them."

With Ruby at the helm, a dramatic transformation came about. In fact, the model she put in place eventually become the model for treatment at the clinic. It's a model that's still in place today. "I did everything possible, everything to ensure that we had the best medications in the world, and that these patients didn't feel like there was any stigma attached to their illness," she said.

Eventually, Ruby decided she had to pursue opportunities where she could make an even wider impact, so she moved to the U.S., earning her doctorate degree in psychiatric epidemiology at the University of Pittsburg, There, an advisor sat her down for an important chat. "My advisor said to me, 'Listen, Ruby, you have this great passion, you're great at drug discovery, what are you going to do with all of this?' It was a good question, and it was true. This is my passion."

The mandate, in Ruby's eyes, was clear: bring new, more effective medications to patients, and do so faster than ever before. "I knew the only way to do drug development at this kind of scale was by joining the pharmaceutical industry," she said. The insight ultimately landed her at Johnson & Johnson.

Today, Ruby divides her time between new drug discovery and serving as a kind of ambassador for all things mental health within the organization. For example, she has created a long-running lecture series in which writers, filmmakers, policymakers, social workers and many, many others—anyone with the ability to speak passionately and thoughtfully about mental health, really—deliver hourlong presentations to her colleagues on a monthly basis.

Currently, she also serves on a leadership team known as the "Mental Health Diplomats," whose goal it is to foster conversation around mental health, in addition to being active in HOLA, our employee resource group for Hispanic and Latinx employees around the world. And as sitting president of the The American Society of Hispanic Psychiatry (ASHP), Ruby seems to have no shortage of platforms to amplify her important message about mental health.

Join Ruby on Our Team Today!

There's simply no fixed trajectory, birthplace or identify that will take you to Johnson & Johnson, nor is there ever only one story to be told about what you can accomplish once you get here—those are two things that Ruby's journey should make abundantly clear. So if you're looking to join a company where you can be true to your authentic self, and use your passion and creativity to change the future of health, be sure to check out all of the roles we're hiring for today. While you're at it, why not join our Global Talent Hub, too? It's a great way to stay in touch, find out more about life at Johnson & Johnson and even get notifications about jobs that might interest you in the future.