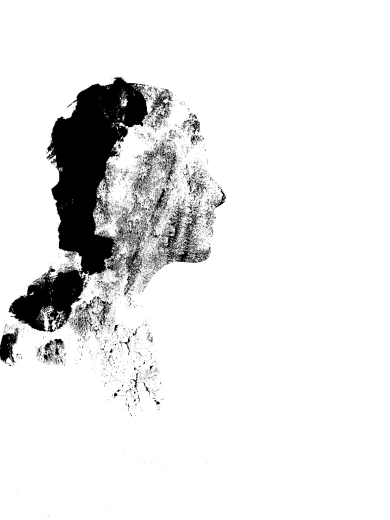 Meet our latest returner through Re-Ignite. Will his successful transition back to work be the template for your own? This is Mike's story.

Mike has always been a hybrid left-brain/right-brain thinker. The Six Sigma Black Belt, whose expertise straddles mechanical and electrical engineering, also has a strong visual sensibility. On the side, he's a painter. And he's long been an enterprising go-getter and entrepreneur: As a door-to-door vacuum-cleaner salesman fresh out of high school—humble brag—he consistently crushed quota.

So it was that a few years back Mike made a bold decision. Not only would he leave behind a career in engineering to set out on his own, he'd chart an entirely new direction. Mike founded his own startup, a marketing and sales consultancy. The business quickly flourished.

Yet with all of that success came new responsibilities, too. A few years in, Mike found himself overseeing a large, globally distributed team day in and day out. It was exciting work. But, he admitted, it was also stressful. There was a lot of managing to do.

"Stress definitely became a factor," he recalled, "and I think I was just doing too much. After a while, I really wanted to get back to engineering."

On the heels of a nearly three-year hiatus, however, he also wondered: How do I even begin to go about returning to the engineering workforce? Am I still qualified? Can I still cut it?

That's when Mike found out about Re-Ignite, the return-to-work program at Johnson & Johnson specifically geared for people who have taken a break of two years or more from STEM, manufacturing or design careers.

And as he'll tell you, that made all the difference in the world.

For Mike, the level of support he eventually came to expect from Re-Ignite was obvious from the start. "Right away," he said, "we had regular meetings with support groups—this was pre-COVID. Over time, I also realized we were getting access to trainings that, in some instances, even went above and beyond what was being offered to regular employees."

And as for mentors, he found that they came in two flavors.

"I essentially had two different 'degrees' of mentors," Mike said, "one who was really hands-on and involved, who would hold your hand and help you with the day-to-day stuff throughout the onboarding process, and another who was more of a strategic mentor. She helped me understand the business and see the 30,000-foot view."

Their combined support proved pivotal for Mike, especially at the beginning. As he pointed out: "During that initial period of the transition, you're navigating this huge, complex company, and the future is wide open. It's all about figuring out what you want to do, and where you want to go next within the organization."

Both questions would soon be settled.

That was a little over a year ago, and Mike clearly relishes the distance he's covered since. "The group I’m working with today is the best team I’ve ever been a part of," he said. "Hands down. The best team dynamics I’ve seen."

In fact, Mike's even started taking some of the younger engineers on his team under his wing, providing the kind of encouragement and gentle guidance (which Mike calls "nudges") that was so valuable to his own return journey. Gradually, the experience changed how he looks at his time away from the engineering workforce, too.

I've had an unusually broad range of experiences, and I learned a lot about myself, especially in terms of what I like and what I don’t like, what I'm good at and what I'm not so good at, during my time away. My experience and my perspective—that's part of the value I can bring to the team now.

Today, as a Primary Design Engineer with Ethicon, Mike's working on state-of-the-art devices that can improve surgeries for patients and physicians alike. And now that he's happily settled into the role, he has this to say to anyone who might be anxious about making the journey: Don't be.

"With Re-Ignite, they take away the fear. Coming back to the workplace, your biggest fear is, ‘I don’t want to make a fool of myself.' Or you're thinking, 'Do I still have it? Am I going to feel like I’m lost?’ Guide rails would be an understatement with this program. They hold your hand every step of the way. And once you're up to speed, they'll give you as much responsibility as you want to take on and let you run with it. I can't begin to tell you how impressed I've been with this program."

Ready to Make Mike's Journey Your Own?

If you're considering a return to work after two or more years away, let Re-Ignite help you make the transition. In return, you'll have the opportunity to turn your unique perspective, background and skills into our next health breakthrough. The Re-Ignite experience includes:

Learn more about Re-Ignite, and be sure to join our Global Talent Hub, too. The latter is a great way to stay connected and learn more about life at Johnson & Johnson—plus, we'll send you updates about jobs that might interest you in the future.