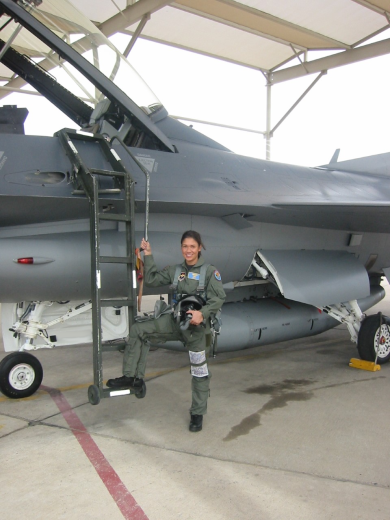 self-proclaimed “military brat” with the documents to prove it ("I was born with a military ID!"), Debbie was raised on installations around the world, the longest stretches in Germany and England. Later, the communications major who felt “a calling to serve something larger than myself” converted her area of academic study into a specialty—and then a career, culminating in the rank of Deputy Commander, Lieutenant Colonel—with the U.S. Air Force.

It felt like destiny, and she embraced it, far-flung globetrotting and all.

Take the following assignment, for example: 22 months at Osan Air Base, South Korea, just two hours south of the DMZ, where Debbie's role was twofold.

"I was a 'protocol' officer in charge of overseeing all U.S. and foreign dignitary visitors to the base. I was also the officer in charge of computer programming for the command-and-control system used by the Air Force to manage complex air and land battle operations anywhere in the world.”

Exactly where she worked is noteworthy, too. “I was working in a secured, hardened facility—a place where, in the event of a chemical warfare attack, you would be safe to continue operations underground.” 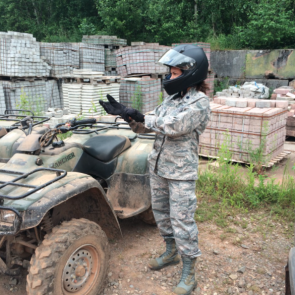 Geared up and ready to go... But where to go next?

Meanwhile, Debbie got to see all kinds of leadership in action. “I was fortunate to observe many different leadership styles from general officers in the Air Force, which I used to develop myself as a leader in turn.”

It was an unforgettable, invaluable experience.

After returning to the U.S., however, a change took hold. She reflected, “I had recently started a family, so I was increasingly concerned about my deployment tempo going forward. As a parent, I knew it would be a struggle for me, because I really wanted to be there to raise my children.”

She had a hard decision to make. "I decided to leave active duty, but I knew I also had an incredible opportunity to continue my service and career in the reserves, where I would have more control over work-life-family balance.”

Finding the Through Line to a Thriving Civilian Career

4 Things to Know About Our Veterans Sales Pathway

Fast-forward a few years: Debbie, nearing the end of a successful career in the Air Force reserves, her children now grown and thriving, knew she wanted to continue to contribute to something larger than herself.

The only question was: What on earth would that be?

When someone suggested a career in pharmaceutical sales, Debbie thought she must have misheard. “I remember thinking: ‘I have no idea what that job entails.’”

She gave it a shot anyway.

"For my first interview, I sat in a room with like 20 other people and I thought: There’s no way they’re going to take a military officer who's never sold anything in her life, who doesn't have a degree in biology or science and who doesn’t have any pharma experience.”

Looking back, however, Debbie now sees the situation differently. What surprises her isn’t the outcome (spoiler alert: she got the job), but that she didn’t recognize the value she brought to the table. 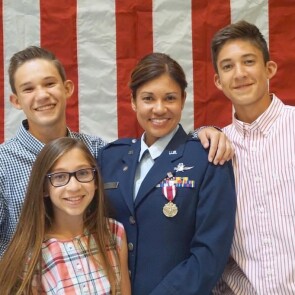 "What came through in my interview was my competitive spirit, my drive to succeed and my passion to help others. To be successful in a pharmaceutical sales role, it turns out you don't need all those things I thought you did.”

What do you need, then?

“The drive to succeed, a heart full of compassion, a willingness to put in the time to learn and become knowledgeable, a competitive spirit and finally the commitment to serve something larger than yourself," Debbie explained. "The skills we bring to the table as veterans are totally transferable. The friction points are the same, no matter if we’re leading from the front in a critical situation or motivating a team to succeed.”

In this way, her first calling—serving her country—rolled over into her second: serving patients as a pharmaceutical sales representative.

“Both are about serving something way larger than yourself,” Debbie said. “My duty now is to lead my team, to coach and mentor them so that they'll be successful.” Of her own work, which involves getting medication to people living with HIV, she added, “I know that I'm making a positive impact in the lives of so many people every day."

"Integrity First. Service Before Self. Excellence in All We Do."

Every Air Force veteran knows those words. Yet what Debbie finds remarkable is the extent to which they not only overlap with but seem to be echoed in Our Credo at Johnson & Johnson. It's something she only picked up on after joining our team.

"The values in Our Credo are directly in line with my Air Force values, as if one is an extension of the other," she said.

Another echo of her military career: Debbie has quickly risen in the ranks since joining Johnson & Johnson. Six months into her new role, for example, she was hand-selected to take part in a leadership development program. Today, she's a district manager with responsibilities stretching the length and breadth of nine states across the U.S. Pacific Northwest. 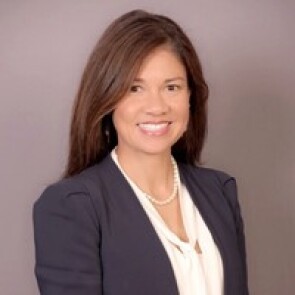 The uniform may be new, but the mission is unmistakably familiar.

Well, when you've led over 1,900 support troops at the largest fighter training base in the world as a Lieutenant Colonel, maybe that sounds pretty manageable.

Debbie is also now the co-chair of the pharmaceutical sales chapter of the Johnson & Johnson Veterans Leadership Council, an employee resource group specifically for our military-connected community, because, she explained, “I wanted to connect with other like-minded people like me."

How does she account for all of her success so far? “Military veterans are trained to lead in the middle of chaos and uncertainty, to take decisive actions and to motivate others to follow—all while developing others to take the lead if need be.”

Ready to Join the Military-Connected Community at Johnson & Johnson?

If, for any reason, you’re still on the fence about whether a pharmaceutical sales role after a career in the military is the right move, Debbie had this to say: "Do you like helping others? Are you passionate and driven? Do you want to serve a cause that’s larger than yourself? Okay, then I have the perfect job for you."