Invention can happen anywhere—and it tends to happen everywhere at Johnson & Johnson. Nearly a century since the improbable invention of the BAND-AID® Brand adhesive bandage, employees like Frederick Shelton, holder of more than 700 patents, continue to bring great ideas to life every day. 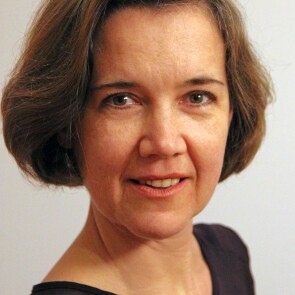 Senior Scientist Yevgeniya Orlovsky is another link in that chain. Here’s the story of the pioneering discovery that put her name on several patents—and how you can apply your own creativity to drive real-world impact today.

"This Was Something Special"

After joining Janssen, part of the Johnson & Johnson Family of Companies, in 2002, Yevgeniya set to work investigating the therapeutic potential of inhibiting "cytokines": small proteins that are important in cell signaling and can play a role in the body's inflammatory and immune responses.

An area of early focus was plaque psoriasis, which is the most common form of psoriasis. Yevgeniya wondered: Might there be a way to treat plaque psoriasis by inhibiting the activity of harmful, proinflammatory cytokines?

Yevgeniya’s studies focused on interleukins 12 and 23 (IL-12, IL-23). In particular, she was interested in exploring the mechanism of action for therapies targeting both IL-12 and IL-23, such as STELARA®, or just IL-23 specifically. In fact, her contributions to STELARA® were so significant that Yevgeniya and others received the Johnson Medal, our most prestigious research and development award, in recognition of their achievements.

Then, around the same time Yevgeniya was working on STELARA®, lightning struck again: One of her experiments yielded a therapeutic solution that specifically targeted IL-23—and delivered more impressive results than alternatives targeting both IL-12 and IL-23. As her colleague Navin Rao recalled, "Yevgeniya was the first person at Janssen to run an experiment showing that targeting IL-23 specifically was something special.'"

For Yevgeniya, it was yet another Eureka! moment—one that would set in motion a cascade of events, culminating more than a decade later with the release of TREMFYA®, a groundbreaking new drug.

"Where the Data Is Generated, Discovery Happens"

Yevgeniya continues to play a key role in our early immunology discovery efforts at Janssen today.

"I'm focusing more on pathway-oriented discovery now," she said. "Addressing unmet needs for patients with rheumatoid arthritis is another priority."

And despite all of her plaudits, you'll still find Yevgeniya in the lab most days. In fact, she says she wouldn't have it any other way.

"I love working on the bench," Yevgeniya explained. "Where the data is generated, discovery happens. And nothing happens without that data."

As a scientist at Johnson & Johnson, advancing in your career doesn't mean you have to spend less time in the lab and move to a management track. There isn't a preset mold you're expected to fit into. As long as you do your best work, the people around you will support you and foster your growth.

Plus, when you know you will be supported by your colleagues, it changes the way teams work together. As Yevgeniya put it, "Here, the mentality here is: It’s not your project, it’s not my project—it’s our project."

We're inventing the future of health and leading from the bench every single day—but we can't do it without innovative, outside-of-the-box thinkers like you.

Ready to grow in your career, explore your interests and create your own path forward? Check out all of the openings we have for scientists right now, or explore all of the ways you can join the Johnson & Johnson Family of Companies today.