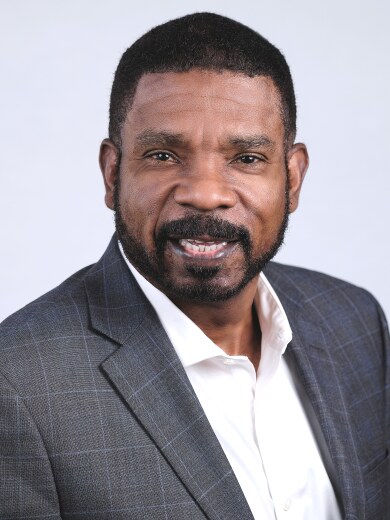 Pulmonary arterial hypertension (PAH)—a form of pulmonary hypertension, or high blood pressure in the lungs—is a rare, incurable disease. Caused by the obstruction of small arteries in the lung, the condition worsens over time, making it critical that patients get the right diagnosis and treatment.

Enter Charles Bridges, a physician-scientist who left a successful career in academia to join Johnson & Johnson and rewrite the story of this rare disease. Here's how he's doing it—and how you, too, can boldly impact the future of human health by joining Johnson & Johnson today.

Seeing the Intersection of Medicine and Science Early

Maybe it's a coincidence, but some of Charles' earliest memories take place at the nexus of science and medicine.

"As a kid growing up in Philly," he recalled, "my father was a chemist who really wanted to be a physician. So he enrolled in med school relatively late in his career in order to make the transition from science to medicine."

Medicine seemed like a natural progression for Charles, too: He excelled in math and science from a young age, skipped a grade in middle school and eventually entered Harvard as a sophomore at just 16 due to advanced placement and college courses taken in high school.

But where his father ultimately became a family physician, Charles foresaw more of a hybrid path for himself. "I wanted to be where science and medicine come together," as he put it.

That confluence of interests kept him in Boston. After completing his undergrad degree in engineering and applied physics at Harvard College, he went on to earn an M.D. from Harvard Medical School as well as a Doctor of Science in chemical engineering from the Massachusetts Institute of Technology.

Over the next 20 years, he built a highly successful career in academic and research settings. A cardiovascular surgeon, Charles became the first African American in the history of the University of Pennsylvania to become a Full Professor of Surgery. And at least one other achievement of his from around that time is probably worth mentioning, too: his invention of “molecular cardiac surgery” (MCARD), a platform up to a thousand-fold more efficient than any other vector-mediated cardiac gene delivery method in large animals.

Eventually, however, Charles felt he should start consolidating his energy in order to focus on the issues—like real-world, positive impact for patients—that mattered most. And when a friend approached him about the team of "surgeon-innovators" he was building at Johnson & Johnson, Charles couldn't resist.

"It felt like the perfect storm of motivating factors," he said.

Two years after joining us, Charles has already taken on a new title: Global Chief Technology Officer (GCTO) in the R&D team at Actelion, one of the Janssen Pharmaceutical Companies of Johnson & Johnson.

The role wasn't just new for Charles—it was a first for the company. In fact, it was created with him in mind. And as GCTO, he's bringing advanced data science to bear on PAH and other types of pulmonary hypertension. For example, his team is exploring tools that analyze data from electronic health records to gain insights that can assist physicians with detection.

The work we're doing is like casting a safety net around patients, to keep them from getting lost.

Indeed, the needs of PAH patients are never far from Charles' mind. "We meet with patients to hear their stories, understand their needs and the impact of PAH on their lives," he said. "I think that's very, very important for anyone working in the pharmaceutical industry. It keeps us grounded and focused on our mission."

Zeroing In on Early Diagnosis

Another focus area for Charles right now is early diagnosis for PAH patients. After all, he pointed out, "With early detection and appropriate treatment, life expectancy can be many-folds longer, and patients can have a higher quality of life."

Despite that, no new tests for PAH have come to market in roughly five decades. But Charles hopes to change that soon: "We've made a lot of progress. Right now, for example, we have blood-, breath- and sensor-based tests in development, and they look very promising."

And based on the success his team has had so far, Charles says he's optimistic about the future.

"We've only been pushing in this direction for a year and a half, and in that time we believe we've established a proof of concept for three different technologies that can intercept patients at key moments—and, hopefully, improve the quantity and quality of people's lives."

Physician-scientists like Charles are engines of innovation at Johnson & Johnson, the driving force behind bold new discoveries and real-world impact. Check out all of the ways you can join our community of data scientists today. Plus, if you want to stay in touch and get updates about jobs that might interest you in the future, be sure to sign up for our Global Talent Hub.