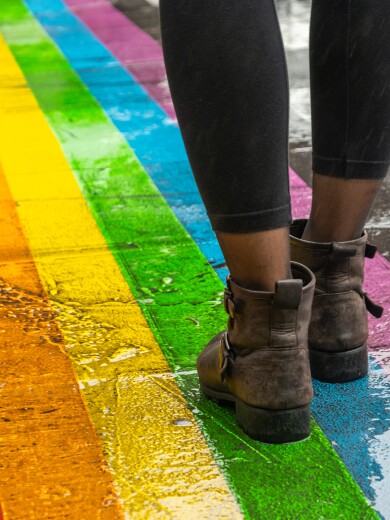 “The reason I’m here—and the reason I'm able to be so great—is because I’m comfortable with who I am, and I’m in an environment that’s safe, no matter what.” Here’s how one Johnson & Johnson employee is contributing to the LGBTQIA+ conversation.

"Are You Going to Tell Them You’re Gay?"

Ask Supply Chain Senior Analyst Tiffany Boyer and she'll tell you: She's the last person in the world who thought she'd end up at Johnson & Johnson (or anywhere else in corporate America, for that matter). "I worried that being part of such a large entity would mean that I was only a number, that I couldn't be who I truly am," she remembered thinking.

At the time, Tiffany was a social worker focusing on at-risk youth.

"I was working with a lot of group homes in Trenton, New Jersey," she said. "But at a certain point, you realize that there are areas that don’t get the funding or money they need, and I started wondering if there were other ways for me to make an impact. I decided to change my focus." 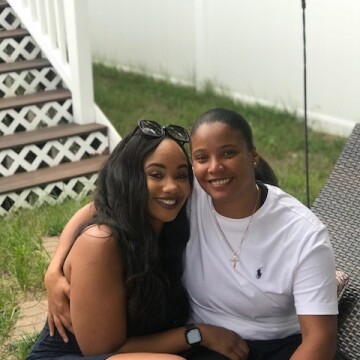 Tiffany, after doing some research, finally relented. She interviewed and was hired for a customer service job in medical devices. "I had customer-facing—or at least people-facing—experience," she reasoned at the time.

But in prepping for her first day, one big question loomed. "My mom’s first question for me was, 'Are you going to tell them you’re gay?' I said, 'I’m picking Johnson & Johnson, they’re not picking me.' My mom cautioned me, ‘Well, you’re a black woman, you don’t want to miss out on opportunities, there are factors stacked against you'"—all of which, Tiffany added, are "valid concerns."

So what did Tiffany do? "My first day, I put up pictures of my girlfriend along with a Pride flag on my desk." Her colleagues were accepting, welcoming—and genuinely interested. "I think people only dance around conversations when they’re afraid of having them," Tiffany observed. "Some of my coworkers, they didn't necessarily have family members or friends who were gay, so I was their first educational point of contact, so to speak."

"How Do We Gain Allies?"

Almost immediately after being hired, something else happened for Tiffany as well: she joined Open&Out, an employee resource group at Johnson & Johnson for the LGBTQIA+ community. Her drive and commitment impressed other members right from the start, and within two years, she'd ascended to a leadership role within the group.

"Taking on that level of responsibility as a site lead, it was a lot," she recalled. “One of the messages I was really promoting was, ‘How do we gain allies?’"

The leadership role also meant that, a mere two years into Tiffany's tenure at Johnson & Johnson, she found herself en route to Philadelphia to attend that year's Out & Equal Summit—the largest LGBTQIA+-focused conference in the world. It proved to be, especially for someone who had long ago disavowed corporate America, an eye-opening experience.

"It was truly amazing meeting people from employee resource groups at other Fortune 500 companies, learning about best practices, hearing what people were fighting for and going through," Tiffany said.

Attending the Open & Equal Summit, I saw how advanced we are at Johnson & Johnson. We still have room to grow, of course, but we’ve overcome so many hurdles. When I see roadblocks now, I know that these are things we're going to overcome.

"We're All About Touching Lives"

Memorably, as part of Tiffany's early outreach efforts as a leader with Open&Out, she coordinated a series of talks with local high school students. 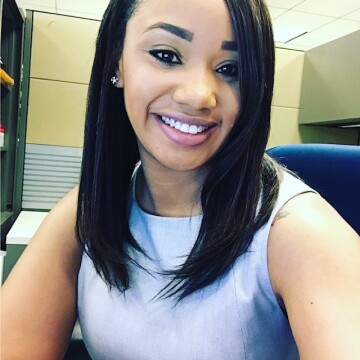 "We brought five or six Johnson & Johnson employees to a school in Trenton and just set up sharing circles," she recounted. "We had someone who was transgender, a gay man, someone who was closeted, the mother of a gay child—all Johnson & Johnson employees—and simply answered questions and shared stories. I think we all saw our own smaller selves in those students. I was just like, 'Look, I’m here. If you have questions—about identity, about college, about whatever—I’m here.'”

For Tiffany, it was also an opportunity to directly tie her work with Johnson & Johnson to her background in social work. "We're all about touching lives, making an impact and talking to people about tomorrow," she said, "because these kids, they are the future."

"Before You Start Celebrating Rainbows, You Need to Understand the History of the Fight"

Today, though Tiffany is no longer a site lead with Open&Out, she's happy to report that she's taken on a new leadership role—this time with WiSTEM²D, an initiative at Johnson & Johnson to drive positive change for women in the fields of Science, Technology, Engineering, Math, Manufacturing and Design. What’s more, because of her deep involvement with Open&Out in the past, Tiffany is fostering collaboration between the two groups.

"I'm driving engagement with local schools and partners, as well as gathering volunteers within Johnson & Johnson," she explained, "and we're really leaning on Open&Out for collaboration on all of that. Last year was the 50th anniversary of Stonewall, and I was surprised when not everyone knew what it meant. I think that before you start celebrating rainbows, you need to understand the history of the fight."

Besides that proud history, Tiffany is educating her colleagues on how to use inclusive language, too. "If I mention my fiancé, for example, don’t assume that I'm talking about a man," she pointed out. "It's important to remember that your audience may not be exactly like you. But, and this might surprise you, you can actually change things. Even just the tone of voice you use can change things."

And, to bring the story full circle, Tiffany is also happy to report that, at least in pre-COVID-19 days: "My mom and I continued working at the same worksite. We'd have lunch at least once a month."

Plus, her mom often tagged along to Open&Out events, where she had the chance to observe her daughter in a leadership role.

"Let's just say my mom hasn't necessarily always been super-involved in the whole employee-resource-group thing," Tiffany said, with a laugh. "But I know she wants to be an ally, and she’s marched with me in Pride Parades. I'm lucky to be working alongside her."

Join Tiffany (And the Rest of Us) Today!

If you're looking for opportunities where you can grow, while always staying true to your authentic self, we’d love to meet you! To stay in touch, be sure to join our Global Talent Hub. You can also read more stories that illustrate and celebrate the collective efforts of our 135,000 employees around the world to make diversity and inclusion the way we work at youbelong.jnj.com.