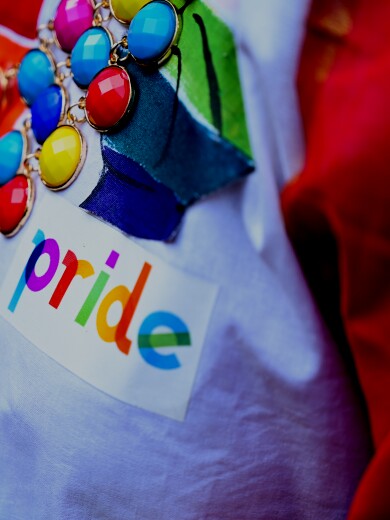 Working directly with patients is critical to our mission of changing the future of health, as Joseph Leahy can attest. To help celebrate Pride Month, find out how one member of the LGBTQIA+ community at Johnson & Johnson is making real-world impact—and why he says, "I feel blessed to do the work I do."

"A Welcoming and Inclusive Place for People Like Me"

For people who identify as LGBTQIA+, the experience of joining a new company is inevitably "something of a process," as Joseph put it. And so it was for him during his early days at Johnson & Johnson.

"Coming in, I really had no way of knowing what to expect—I didn't even know if I could openly identify as LGBTQIA+," he recounted. "It took time to learn, but what I quickly found was yes, this is a very safe environment for someone who identifies as LGBTQIA+. I’ve seen such commitment from our leadership to support the community. My experience has been overwhelmingly positive—at every turn, I've seen that this is a welcoming and inclusive place for people like me."

One pillar of Joseph's experience has been his work with Open&Out, an employee resource group (ERG) at Johnson & Johnson for the LGBTQIA+ community. 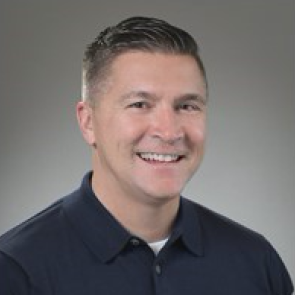 "From my very first meeting with Open&Out, I saw that there was a commitment to the LGBTQIA+ community, that it started with senior leadership and that it was grounded in Our Credo," he said.

In fact, he soon found himself in a leadership role within the ERG.

"My leadership role with Open&Out came about because I wanted it," he recalled. "That’s consistently been my experience since joining Johnson & Johnson: If you're thriving in your role and want other opportunities, you just have to ask for them."

Joseph added, "If you have an idea that you're passionate about, the answer is never going to be 'No.' There are limitless opportunities to explore your interests here."

"Working Directly With Patients Who Are Living With HIV"

Changing the story of HIV by working directly with patients has long been the focus of Joseph's career. Early on, he held a number of HIV-related roles with clinics, non-profits and pharmaceutical companies. But when he heard about breakthroughs we were making with new HIV medications, he knew that he had to join us. Soon, he had a new title: Community Liaison Manager at the Janssen Pharmaceutical Companies of Johnson & Johnson.

But what does "Community Liaison Manager" mean, exactly?

"It means you represent the company, almost as a kind of ambassador," Joseph explained. "It means working directly with patients who are living with HIV. This is a really coveted role. And my work falls under medical affairs, which is important, because it means we aren't selling."

It's also a role that often entails a lot of travel—Joseph is responsible for communities in five states—and near-constant personal interaction, two things Joseph loves. In fact, while he's been promoted to Senior Community Liaison since joining our company, he isn't keen to change gears or move on to a different role.

I'm so happy to be working for this company and in this role. I feel blessed to do the work that I do.

Over the past few years, Joseph has also come to discover that Johnson & Johnson has a far larger footprint in California than he—and perhaps most people—realize.

"My house is only about 20 minutes from a nearby Johnson & Johnson campus in Los Angeles," he said, "so I can go there to attend ERGs. In fact, I'm there so much that some people on the campus probably think I work there"—when, in reality, Joseph is a field-based employee.

Of course, just like the rest of us, Joseph has had to modify much of his routine lately due to COVID-19. Instead of traveling, "I’ve been working from the corner of my dining room for two months now," he said, with a laugh. "So yeah, it's definitely an adjustment. But I can tell you that I look forward each day to socializing with my colleagues on video conferences and calls."

If you share our commitment to inclusivity, and want to work for a company that's dedicated to making a difference in the world today, you'll feel at home at Johnson & Johnson, too. Be sure to sign up for our Global Talent Hub if you want to stay in touch. It's an easy way to learn more about our culture—plus, you'll receive updates about jobs that might interest you in the future. To read more stories that illustrate the collective efforts of our 135,000 employees around the world to make diversity and inclusion the way we work, head over to youbelong.jnj.com.