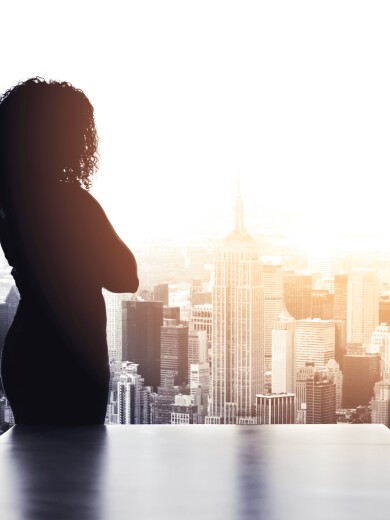 Fewer than one percent of all U.S. Armed Forces service members rise through the ranks to become Generals or Admirals—it’s an uncommon path, and those who do have uncommon strengths.

Sonya P., Strategic Market Director for Oncology at Johnson & Johnson and recently appointed Brigadier General in the U.S. Army Reserves, is a case in point. Follow her inspiring story to find out how you, too, can apply your passion, purpose and military experience to help us change the future of health. 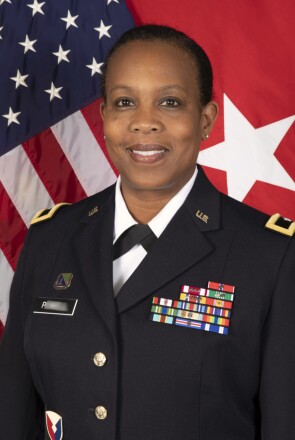 The rank of Brigadier General has been part of the U.S. military since the formation of the Continental Army in 1775, which is to say, since before there was a “U.S.” to defend.

But qualifying for the role isn’t a simple matter. As Sonya pointed out, “You really don’t have a say in whether or not you’ll get a position like this. There are many officers with histories of outstanding performance, sacrifice and technical competence in their areas of expertise who are also being considered. By the time you reach the rank of Colonel, you're among the best of the best, so advancing to the next level, if you’re fortunate, is as much about your personal brand and as it is your professional qualifications.”

Ultimately, the decision is made by a board of senior general officers.

Today, Sonya’s involved in a lot of important national security and defense work. She offered one example from a recent overseas trip: “I was in Korea, working with the Republic of Korea’s armed forces, assessing their capabilities and readiness, working with important allies to ensure our mutual security.”

Certainly, it’s a long way from where she started.

Joining the U.S. Army Reserves, Launching a Career in STEM

From Overseas Deployments to the Front Lines of Care: Abby's Path

Sonya was initially commissioned as a Chemical Officer through the U.S. Army's ROTC program at Tuskegee University, where she majored in Animal Science. In her eyes, it was as an opportunity to apply her STEM background in a new context. She ran with it. 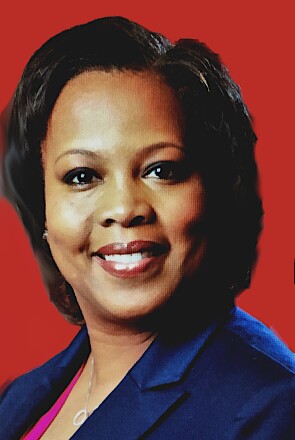 “I’ve always loved science, and at that time I was excited to deepen my understanding of how my background and education could be used in the Chemical Corps,” Sonya said.

But after 31 years of distinguished military service, it’s probably fair to say that her leadership capabilities are her standout quality.

“The military is composed of some of the most diverse, eclectic leaders you could imagine,” Sonya reflected. “One of my previous assignments as a Brigade Commander involved leading a group of scientists, engineers and medical professions who worked in industry for their day jobs, but were also Soldiers leveraging their STEM capabilities for national defense in the U.S. Army Reserves. This is one of the benefits of being both a citizen and a Soldier.”

What else does Sonya think military veterans bring to private-sector employers?

“Integrity,” she said. “There’s something—I would almost call it ‘personal courage.’ It’s this willingness to step into literally any type of environment or scenario and perform, because that’s what you do in the military. You lead by being agile, reacting and making adjustments as you go.”

Being Supported Every Step of the Way

Our Support for Spouses During Military Moves

Balancing a full-time leadership role in the private sector with ongoing responsibilities as a U.S. Army Reservist can be tough, needless to say. But we’ve designed policies at Johnson & Johnson to support members of the military-connected community—and hopefully, to make integrating your home life, civilian career and military career a little bit easier.

Those policies have made a world of difference for Sonya.

“If you’re a Soldier and you have to leave your employer because you’ve been deployed, you’ll still receive 100% of your compensation and benefits.” Sonya said.

After being twice deployed overseas, she can speak to that directly.

“What these policies do is make you feel whole, because you know you can step back into what you left behind, as opposed to stepping into the unknown,” Sonya said. “It's a big part of the reason I always tell transitioning service members: You should really look at Johnson & Johnson. This is an amazing company with an amazing military-connected community. Whether you're a veteran, still in the National Guard or Reserves or a military spouse, it’s a company where no one is going to get left behind."

As proof, she called out the Johnson & Johnson Veterans Leadership Council, our award-winning employee resource group for the military-connected community.

“Within that group, we even have ‘challenge coins,’ which are like the military challenge coins or ‘command excellence’ coins you see in military units. And that really brings a smile to a lot of veterans’ faces. It makes them feel welcome. It lets them know they’re home.”

Ready to Join Our Military-Connected Community?

If so, be sure to check out all of the different ways you can become part of our team. And before you go, consider signing up for our global talent community, as well. It’s a simple way to stay in touch, learn more about our culture and even get updates about jobs that might interest you in the future.