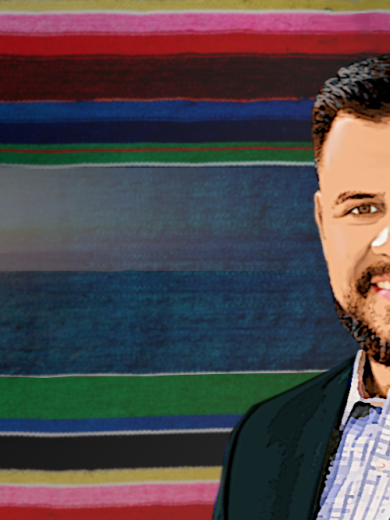 Re-Ignite: How Alma Overcame the Odds

A "fountain of can-do" is how Cesar proudly describes his parents, immigrants who came to the U.S. from the same rural area in Mexico. Despite their common roots, however, they didn't meet until a mutual friend introduced them. By then, they were both living in San Diego.

After dating for a year, Cesar’s parents married and settled down in Los Angeles to raise a family. Cesar came first, followed by three other children.

“My father arrived here with a fourth-grade education as a contracted agricultural worker," Cesar recalled. "He worked extremely hard, aggressively learned the language and loved everything that this country represented to him.”

In return, Cesar’s father was asked to stay and apply for legal residency, and later for citizenship. “Things were a little bit different back then,” Cesar observed.

Yet life in a new country was anything but easy for the Huezo clan in those early years. Cesar remembers his parent’s daily routine like this: “Left at six in the morning. Returned around seven. Mom cooked. Dad took a shower. Then they both went to sleep. We hardly saw them at all during the week, including Saturdays, because they were working."

He continued, “My Dad loved saying to us, 'You will be left with a very powerful inheritance—a work ethic,' but I think the most important thing we experienced, observed and still have from our parents, who have been married for 50 years at this point, is love. It was often in the form of ‘tough love,’ but it was love all the same."

Children of foreign-born parents sometimes describe growing up in America as a process of navigation. Between, say, family, school, community and country, there can be a thousand overlapping through lines, and sometimes even competing affiliations and identifications. 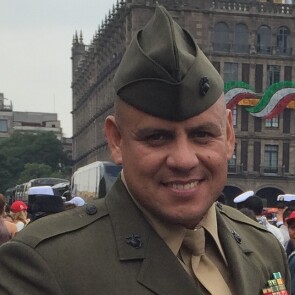 For Cesar, whose first language is Spanish, the practice of "code switching"—alternating between languages based on context—became automatic, one of many early adaptations to his environment.

“We always spoke Spanish at home unless someone was present who only spoke English, in which case we spoke English since it would be considered rude within Mexican culture to continue speaking Spanish,” Cesar said.

The walls of the home were an important symbolic boundary for Cesar in a larger sense as well. “There was never really any question about who or what I was when I was at home,” he said. “Outside of the house, things got tricky.”

Out in the world, for example, he wondered how he should self-identify: “Mexican-American? Latino? Hispanic? Or just American? These were all questions that ran through my head as a kid.”

And there aren't simple answers.

Studies have found, for example, that the percentage of people who self-identify as Hispanic decreases across immigrant generations: from 97% among the first generation to around 50% by the fourth.

How would Cesar navigate these questions of identity as he matured into adulthood?

"I Had Been Craving Diversity"

The way Cesar now understands his identity came about almost by accident. First, he had to step into an entirely new environment—and be exposed to diversity for the very first time.

Wait, what? For the first time? How?

“You have to realize," Cesar explained, "that Southeast Los Angeles, at least at the time that I grew up there, did not resemble the diverse place you see on TV today. The neighborhoods and schools were probably the least diverse places you can imagine. Everyone was first- or second-generation Latino. Everyone was brown like me.”

Enlisting in the United States Marine Corps, then, proved to be an eye-opening experience.

"As I arrived at boot camp, it suddenly occurred to me that I had actually never interacted with Black people, with white people, with Asian people. In fact, I had absolutely zero experience of diversity before that moment, which sounds weird coming from a Hispanic man, right? But it’s true! Boot camp was like a whole new life for me, and I took to it like a fish in water. Honestly, I had the greatest time. It was as if without knowing it, I had been craving this kind of diversity all along."

Over time, Cesar’s anxiety—“Mexican-American? Latino? Hispanic? Or just American?”—faded away, too. Having served for 26 years in the United States Marine Corps (and since joined the team at Johnson & Johnson), he’s content to brush questions like those aside.

“My identity crisis is officially nonexistent,” he said.

Be Your Authentic Self on Our Team, Too

Looking for a deeply inclusive environment where you’ll take on real-world challenges and be challenged to grow? Where you can bring your authentic self to work every day? Where your next bright idea might be the world's next health breakthrough?

If you're inspired by Cesar's story, be sure to check out all of the job opportunities we have available today, and while you’re at it, sign up for our Global Talent Hub as well. The latter is a great way to stay in touch, learn more about life at Johnson & Johnson and even get updates about jobs that might interest you in the future.