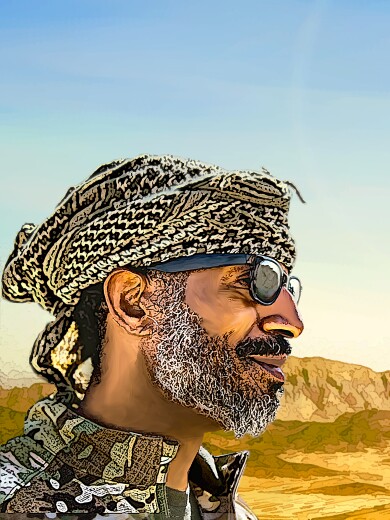 iallo is Head of Acquisition & Divestiture (A&D) Integrations, HR at Johnson & Johnson, but he’s also a senior Non-Commissioned Officer who serves in the National Guard and a former “Green Beret”—a member of the elite United States Army Special Forces community. Here are three reasons he knows those roles align perfectly. 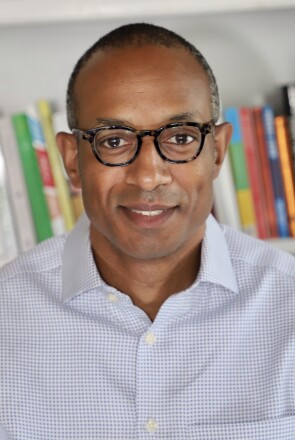 A lawyer with a master's degree in public administration. An EdTech entrepreneur with a company on the path to acquisition. The founding dean of students for a charter school.

All were true of Diallo in 2007 when he decided to join the United States Army as a Private.

After signing up for four years of active duty, Diallo went on to serve six and a half, during which he deployed three times.

"I just felt like that was what was required. I had gotten into this thing. Your fellow soldiers are your brothers and sisters. I couldn't imagine not being there, not doing the work with them."

Returning home from active duty, Diallo "returned to the world," as he put it. He got married and started a family. He joined Johnson & Johnson. He also joined the National Guard.

If Diallo didn't see the direct connection between those three things initially, he would soon. 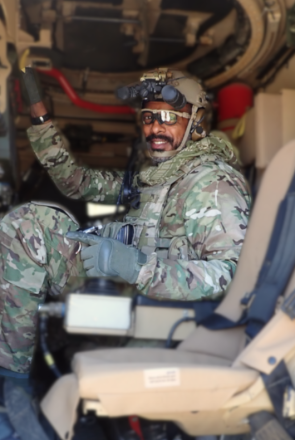 Jumping out of helicopters while on mission, Diallo says the Military Leave Policy at Johnson & Johnson allowed him to "focus on the mission and getting home safely."

By 2019, Diallo estimates he was older than "the vast majority of Green Berets operating."

Still, he got called up, deploying twice overseas that year: four weeks in Eastern Europe, then 400 days in Afghanistan.

"It came as a bit of a surprise," Diallo admitted.

But then, so was the level of support he received from Johnson & Johnson. Thanks to our Military Leave Policy, which includes provisions specifically for active National Guard and Reserve employees, Diallo continued to receive his full Johnson & Johnson salary and benefits, on top of his military compensation. For the duration of his deployment. For 400 days.

"Without the support from Johnson & Johnson, it would have been a financial hardship for my family. I almost would have had to make a choice between serving my country and providing a livelihood for them."

Diallo also saw how unusual that level of support was.

"You hear stories, you know? People are $20,000, even $30,000 in the hole. One person is renting out their apartment. Another is putting everything in storage. Grandparents and family members are pitching in."

Jumping in and out of Blackhawk and Chinook helicopters on mission, Diallo recalled the support from Johnson & Johnson gave him "peace of mind." Relatively speaking, of course.

"It freed up a lot of gray matter to just focus on the mission and on getting home safely. It took the well-being of my family out of my mind. I knew my family would be alright financially."

Insights for the Private Sector 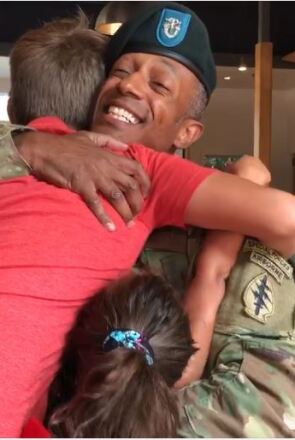 Reunited, and it feels so good: Diallo returns home to family at the end of his deployment.

"In both cases," he explained, "the challenges are complex, the mission comes first and there's a lot of uncertainty and volatility because you're dealing with people."

But perhaps the most important through line for Diallo?

"Your emotional IQ has to be very high to do intelligence work, and that translates directly into the private sector. Negotiations, contracts, licensing, relationship management, you name it, these are intelligence problems. I say it all the time, because it's true: I'm an intelligence operator at Johnson & Johnson, solving people problems."

On that note, the Green Beret shared three surprising military-derived insights he's applying in the private sector (click the plus signs below to get the full breakdown).

Insights like these perhaps explain why Diallo now thinks of competencies like situational awareness and emotional IQ as "hard," not "soft," skills—and equally, why we're so convinced that we need more leaders like Diallo on our team.

As for his journey so far, Diallo had this to say: "I knew that I could bring something pretty unique to the table, that I could dig into a different well of experience and apply these principles in the context of private enterprise to deliver value. And boy has it worked!"

Ready to Join Our Military-Connected Community?

If, like Diallo, you’re eager to serve your country, while also serving a mission that's larger than yourself and positively impacting the lives of people everywhere, we want to meet you.

You'll also find out firsthand, as Diallo has, why we're a recipient of the Secretary of Defense Employer Support Freedom Award, the highest recognition given by the U.S. government to companies for outstanding support of employees serving in the Guard or Reserve.

Take a moment to check out all of the opportunities to join our team today. And one more thing: Consider signing up for our Global Talent Hub, too. It's an easy way to stay connected, learn more about life at Johnson & Johnson and even get updates about jobs that might interest you in the future.