A Year in HIV Advancements: 4 Ways Johnson & Johnson Is Helping to Combat the Virus

Few global health crises have dominated the news quite like the HIV/AIDS crisis, which first made headlines 35 years ago.

And although great strides have been made to help stem the spread of the virus, as well as make HIV a more manageable condition for those who’ve contracted it, there’s still much work to be done—work that Johnson & Johnson is proud to be spearheading.

In 2015 the company continued to put its groundbreaking technologies and innovative research and development efforts to work to achieve its goal of helping to ensure that babies around the world are born HIV-free, that adolescents have the tools to stay HIV-free, and that those living with HIV across the globe have access to advanced forms of treatment and care.

“As a physician and scientist who trained in Africa during the beginning of the HIV crisis, I am proud of the progress the scientific, global and patient communities have made to turn HIV/AIDS into a disease that can be adequately managed, enabling people with HIV to live productive lives,” says Dr. Paul Stoffels, Chief Scientific Officer and Worldwide Chairman, Johnson & Johnson. “We must now address the most critical disparities in prevention and global access to treatment, especially in resource-limited settings around the world.”

From partnering on an initiative with the Bill & Melinda Gates Foundation to working on a vaccine regimen, here’s a look at the progress Johnson & Johnson made with its HIV efforts in 2015.

When it comes to medical advances that have the potential for major impact, it’s hard to imagine a bigger game changer than an HIV vaccine.

In 2015 one of the Janssen Pharmaceutical Companies of Johnson & Johnson took several steps toward making this a reality. Based on a collaboration among Beth Israel Deaconess Medical Center, Janssen subsidiary Crucell Holland B.V. and several other scientific organizations, a study was published that showed encouraging results from a preclinical trial with nonhuman primates of an HIV prime-boost vaccine regimen (the sequential administration of vaccines that use different antigen-delivery systems), which leverages Janssen’s ADVAC® Technology and a trimeric envelope protein boost.

The study, published in the journal Science, found that in a series of six repeated challenges, the investigational vaccine regimen provided complete protection from infection with the simian immunodeficiency virus (SIV)—which is similar to HIV but infects nonhuman primates—in half of the subjects who received it. This suggests that the prime-boost strategy could ultimately protect against the global human immunodeficiency virus (HIV-1).

Next up: an international Phase 1/2a study with 400 healthy volunteers in the U.S. and Rwanda to evaluate similar prime-boost vaccine regimens under development.

In 2015 the Janssen Pharmaceutical Companies also ramped up efforts to develop a better fixed-dose combination regimen of two long-acting, injectable drugs that has the potential to make it easier for people with HIV to manage the disease.

A Phase 2b study found that when two investigational long-acting, injectable formulations of the HIV medicines rilpivirine (a transcriptase inhibitor) and cabotegravir (an integrase inhibitor) were given together every four or eight weeks, the combination produced comparable efficacy to a daily oral regimen of three HIV medications.

If this new regimen is successfully developed and approved for use, it could offer people who have a low viral load of HIV in their blood, and who don’t have easy access to care, the option to switch from a standard approach of three drugs per day to a long-acting, injectable regimen that could potentially maintain viral suppression with just six to 12 injections per year.

On a related front, Janssen Sciences Ireland UC began collaborating with the Clinton Health Access Initiative (CHAI) in 2015 to facilitate the development and delivery of a fixed-dose, second-line combination of darunavir (a protease inhibitor) and ritonavir (an antiretroviral drug) for the treatment of HIV in regions of the world with limited resources.

"Through numerous ongoing collaborations with governments, nonprofits and the private sector, we aim to offer new treatment options as part of our efforts to address unmet needs for the millions of people living with HIV in resource-limited settings,” says Jaak Peeters, Head of Johnson & Johnson’s Global Public Health organization. “These sustainable solutions have the potential to increase the number of people who can access and stay on treatment, as well as extend their life.”

About 80 percent of women between the ages of 15 and 24 who have HIV/AIDS live in sub-Saharan Africa—and 380,000 new adolescent girls and young women are infected with the virus each year.

As part of its Global Public Health strategy to create integrated approaches that can help reduce the spread of the virus, Johnson & Johnson became a major partner in the U.S. President’s Emergency Plan for AIDS Relief (PEPFAR) DREAMS (an acronym for Determined, Resilient, Empowered, AIDS-free, Mentored, Safe women) initiative. It’s a partnership between the Bill & Melinda Gates Foundation, Girl Effect and others to reduce HIV infections in adolescent girls and young women in 10 sub-Saharan African countries.

By committing up to $15 million in combined funding and in-kind resources to the partnership over two years, Janssen Pharmaceutica NV will help provide programs that can empower adolescent girls to protect their health and ensure they have improved access to prevention and treatment options.

In today’s hyperconnected world, it goes without saying that the power of mobile technology can be far-reaching—and that includes helping people with HIV.

Enter Connect for Life™, a new, innovative program designed to bolster maternal and child health, as well as improve detection, treatment and prevention of HIV and TB—all via mobile and digital technology.

The program’s flagship project, the Ugandan Academy for Health Innovation and Impact, is an impressive joint effort between Janssen, the Ugandan Ministry of Health, the Infectious Diseases Institute in Uganda and the Johnson & Johnson Corporate Citizenship Trust, among other organizations, to use digital technology to promote healthy behaviors and adherence to treatment through visit reminders, health and wellness tips, and support for symptom management. 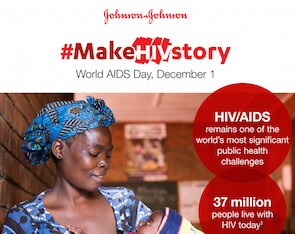 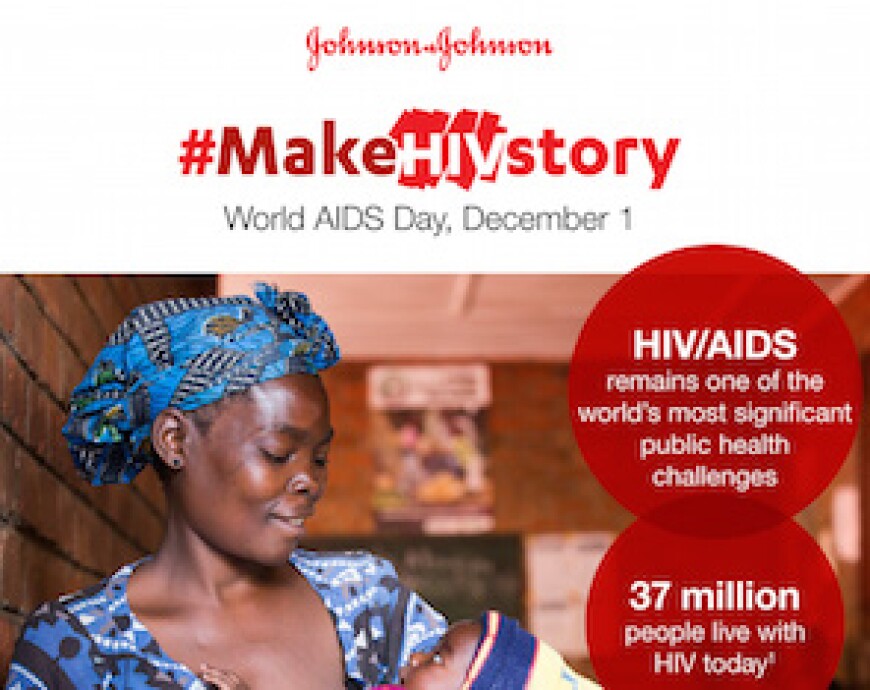 “Using patient-centric approaches that leverage available technologies, such as mobile phones, can measurably help educate patients about treatments available to them and ultimately help simplify their regimens,” says Peeters. “These improvements can have a sustainable public health impact because patients are better cared for and more proactive about staying on treatment.”

RELATED: To learn more about the company’s HIV efforts, check out this #MakeHIVstory infographic.

This article contains "forward-looking statements" as defined in the Private Securities Litigation Reform Act of 1995 related to business collaborations and development of new products. The reader is cautioned not to rely on these forward-looking statements, which are based on current expectations of future events. If underlying assumptions prove inaccurate or known or unknown risks or uncertainties materialize, actual results could vary materially from the expectations and projections of the Janssen Pharmaceutical Companies and Johnson & Johnson. Risks and uncertainties include, but are not limited to: challenges and uncertainties inherent in new product development, including the uncertainty of development success and obtaining regulatory approvals; the potential that the expected benefits and opportunities related to a collaboration may not be realized or take longer to realize than expected; competition; challenges to patents; changes to applicable laws and regulations and trends toward health care cost containment. A further list and description of these risks, uncertainties and other factors can be found in Johnson & Johnson's Annual Report on Form 10-K for the fiscal year ended January 3, 2016, including in Exhibit 99 thereto, and the company's subsequent filings with the Securities and Exchange Commission. Janssen and Johnson & Johnson do not undertake to update any forward-looking statement as a result of new information or future events or developments.