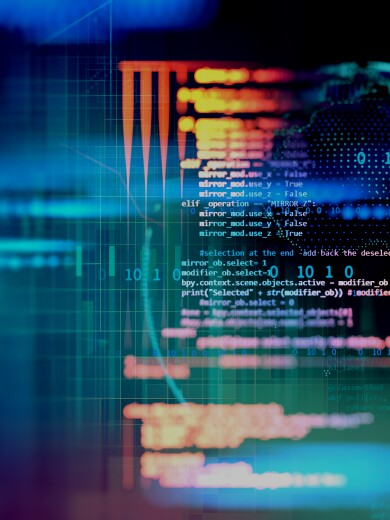 "How can we advance our therapies, advance our innovation and get medicines to patients faster?" That's the question for Jim Swanson, Executive Vice President, Chief Information Officer—and data science is integral to how he's answering it. Find out why the senior leader is so deeply invested in building out our data science capabilities and how you can join him on the front lines of health today.

Data Science to the Core

AI and machine learning applied to digital surgery. Workforce analytics that enhance career paths and help identify untapped potential. Data-driven tools to ramp up the production of our potential COVID-19 vaccine. We’re broadening the scope of data science at Johnson & Johnson, extending its range of applications in bold new ways to bring innovation to life.

Jim’s on the front lines of those efforts.

“We're on a mission to transform healthcare and deliver on so many unmet patient needs,” he said. “But we can't do it without data science.” 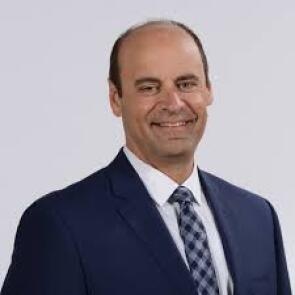 Along with the executive team and senior leaders at Johnson & Johnson, Jim also thinks we’re accelerating toward an inflection point in data science. But, in Jim’s telling, the proper word might be “points.”

"We're powering up data science, so that it’s no longer on the periphery,” he explained. “It’s part of our core, part of everything we do. From HR to finance to workplace analytics, we’re innovating with data science across the board.”

Jim offered this example of what that looks like in practice: “It’s really important for our software engineers to embed data science models into software and workflows, because otherwise, people aren't going to stop what they’re doing and say, 'Okay, now I'm going to go call in that model and apply it.' Data science works when it’s embedded in how people work."

Looking ahead, Jim thinks that’s the recipe to “drive incredible outcomes and do transformative things.”

Fuel for the Engine

Speaking of driving, Jim's metaphor for data is "fuel for the engine.” And there’s no shortage of it in the tank.

“We’re operating in an environment in which there is ubiquitous data," he observed, “and that ubiquitous data, together with elastic, scalable cloud and edge computing, is part of what’s enabling us to innovate and scale in such unprecedented ways.”

We’re really focused on building a diverse and inclusive workforce, while only taking on really hard problems that have a direct impact on healthcare and the patience we serve.

By harnessing data-driven insights, Jim added, we’ll be able to "answer questions like 'What molecules will be the best fit when we're developing new treatments for patients?’ or ‘How can we conduct better clinical trials to accelerate studies?' Data science leads to evergreen insights—we’ll always be improving on them, because innovation in science never ends. But we have to use all of our talents to take advantage of those opportunities in the right way if we want to change the trajectory of human health."

Career paths are seldom linear at Johnson & Johnson, but in Jim's case the trajectory might be more appropriately described as parabolic. He became a "new hire" at our company for the second time just over a year ago, having previously served as CIO and Vice President of IT at Janssen R&D.

As for the intervening years? Jim pivoted in a direction that no one, least of all Jim, would have predicted. He went into agriculture. Crop science, to be exact. And if that sounds a little bit at odds with his current role as a senior technology leader at the world's largest healthcare company, Jim insists it isn't. The connective tissue: technology and data.

In that role, Jim had the opportunity to apply "data on steroids," as he put it. "If there was a draught, if it was windy, if there was chemistry being applied to prevent weeds from growing, in all of these scenarios we were able to take real-world data—R&D data, supply chain data—and put it all together and run billions of simulations, directly creating value for, in this case, growers."

The, ahem, fruits of his labor were frankly impressive, too: "We accelerated a pipeline of innovation by two years."

It was an exciting time, no doubt. Still, Jim occasionally found himself reminiscing. "I swore to myself that if I ever came back to healthcare, I would work with colleagues to change the paradigm about how we think about innovation in pharmaceuticals, in consumer care and in medical devices," he recalled.

Speaking from his own experience, Jim also had this advice for any data scientist contemplating a career move: "Write down the things that you're the most passionate about and care about the most, and treat it as your job description, then go find jobs that fulfill that. Don’t look for a job description and try to figure out ‘Do I fit?’ Instead, empower yourself and own it."

Jim is clearly committed to empowering our data science community at Johnson & Johnson—a commitment that was recently on full display at our inaugural Women in Data Science Summit, which Jim co-chaired. Across all levels and teams of the company, in fact, you'll find deep investment and buy-in around data science when you join our team.

Check out all of the data science roles we're hiring for right now. Plus. if you'd like to stay in touch—and get updates about jobs that might interest you in the future—be sure to sign up for our Global Talent Hub, too.