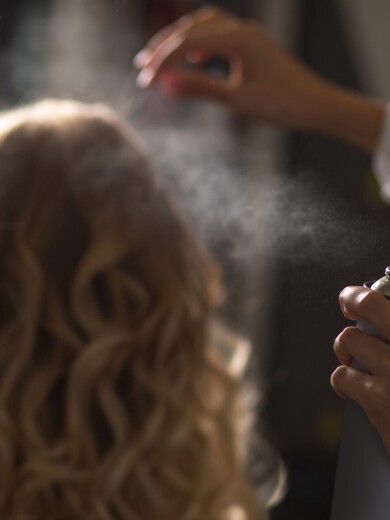 What does it mean to be a Community and Engagement Lead on the Consumer Health team at Johnson & Johnson? Follow David Dang’s unique path and forge your own today.

“Community and Engagement Lead”—David's title—isn’t one you’ll find at very many companies. What does it mean to David in the context of Consumer Health at Johnson & Johnson?

The answer, he says, is flexible and fluid. It’s a role characterized by ownership, autonomy and above all continuous evolution. As he put it, “From a high level, we’re the digital extension of the brand. You might almost think of me as the bridge between the consumer and the brand.”

But what does such a role look like in practice? A quick rundown of David’s goals will help flesh that out:

“When you look at all of those things together, I know maybe it seems hard to combine them into a single cohesive job title,” David said, “but that’s also because so much about the role is new, and the role of influencers in marketing is continually evolving, too. The other thing that’s unique about the role at Johnson & Johnson is that you’re given freedom and autonomy. You won’t just own the role, you’ll be empowered to make it your own. It’s sort of like being your own little agency in a way.”

A good example of that autonomy: Despite having held the title of Community and Engagement Lead for only a few months, David has already personally led two campaigns that, as he put it, “probably wouldn’t have gotten off the ground otherwise. These were the kinds of campaigns that had never been executed or even tested here in the past.”

If novelty is part of the challenge, it’s also what makes the position so exciting for people like David, who has always excelled at what he calls “non-traditional marketing.” In fact, that adjective could be applied equally well to David’s background itself.

Early in life, David had an epiphany. “I just realized I needed to dedicate my life to doing the things I’m passionate about,” he said.

Growing up, he recounted, “Beauty was something I was very passionate about and that I learned about at a young age from my mom, who taught me a skin-beauty routine, how to take care of my hair, brush my teeth—you know, simple things, but to me, that was a beauty routine.”

Eventually, he came to see the intersection of beauty and transformation as his true passion, and, ever the go-getter, enrolled in cosmetology school while pursuing a bachelor's degree in marketing in parallel.

As a professional, David got his start in the world of beauty working as an assistant to a celebrity stylist—a relationship which, after an initial feeling-out period, quickly morphed into mentoring. The stylist must have sensed something unusual about David, because he eventually asked him flat-out: Do you want to learn more about the business? I’m willing to teach you.

“I was a sponge,” David recalled. “I was like, ‘Give me everything that you have!’”

Looked at from the other side, of course, David brought a lot to the table. “Because I had a marketing degree, I told him, ‘Let's take a look at your portfolio—I think it's a little bit, er, out of sorts. Let's consolidate this. Let’s change that. Let’s make sure we're hitting all the power products here.’”

With David’s support, the stylist’s business began to build momentum in totally new directions. “We ended up booking our first retailer,” David recalled.

It was a huge win—a major nationwide luxury retailer—and things more or less snowballed from there. “The stylist showed me everything: lab work, supply chains, distribution centers, retailers, how to build relationships and partnerships, everything.”

Inevitably, the time came for David to branch out on his own, taking on a number of different marketing roles with startups—and even creating pioneering viral content for Buzzfeed—before embarking on a new path with Johnson & Johnson.

At that point, David says his foundational epiphany came full circle. “I felt like this is where I should have been the entire time, but this was the journey I had to complete in order for me to get here.”

Reflecting on that journey now, David discerns a pattern he calls the “what resists, persists” model of personal and professional development. “My life has been pretty much a revolving door of ‘what resists, persists,’” he said. “Whenever I resist something”—say, leaving the salon for an impactful marketing career—”it always comes back at me like 10 times.”

I feel so lucky because I’ve been guided by great mentors since joining Johnson & Johnson. They’ve brought out different types of passions within me, while also encouraging me to follow my own in digital marketing.

What Are YOU Passionate About?

Today, David is obviously thriving—and if you want to join him, here are the three questions he said he always asks candidates: “Are you seeking mentorship? Are you looking for an opportunity to excel and elevate your passions? And where do you want to go in your career?”

Think about it. What would your answers be?

To share them with David (and the rest of the team), the first step is to check out all of the opportunities we’re hiring for in consumer health right now. Plus, you should sign up for our Global Talent Hub, too. It’s a great way to keep in touch, learn more about life at Johnson & Johnson—and even get updates about consumer health jobs that might interest you in the future.

All third-party trademarks used herein are registered trademarks of their respective owners.